I have been playing the flute since I was ten. As a child, I played classical music. During my teens, I became interested in jazz, blues and rock, and this has characterised my musical career.

On this website there is information about some albums I have been involved in, and some bands I have played with, as well as music that has never been released before, and finally some sheet music to download.

But first, some tunes to get you started:
The button ☰ to the right opens/closes the playlist.

I was a member of Grovjobb from 1997 to 2002 and the leader of Simon Jensen Band from 2003 to 2008. During these years, four albums were released that over time have gained some "cult status" within their respective genres.

I have also participated as a studio musician on some records that are not included in the list below. 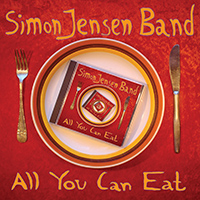 All You Can Eat (Simon Jensen Band)

This is my solo album that was released in 2006, just before the record industry changed fundamentally (many record stores disappeared as the streaming services started to appear). The album was pressed in 1000 copies, and they spread over the globe. Later, the record company closed down its operations, and nowadays it is difficult (or expensive) to get hold of the CD itself. But the music is present online.
Listen on Spotify Buy on Amazon Buy on Apple Music
CD (BBP004): 10 tunes (53 minutes). Label: Blue Beat Productions, ℗ 2005. 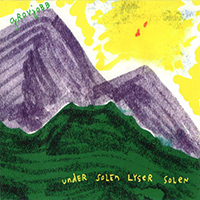 The band Grovjobb's third album from 2001 (and in my opinion the best). This record is a real rarity. Recently I found a website where the songs can be streamed (and where it is also possible to buy the album digitally). Getting hold of the physical disk itself is a bit more difficult, but it should be possible to find a second-hand copy.
Listen on Bandcamp Buy second-hand
CD (GRCD027): 5 tunes (50 minutes). Label: Garageland Records, ℗ 2001. 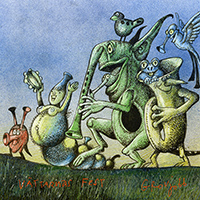 Grovjobb's second album from 2000. This album has gained cult status among avid listeners of progressive rock (though Vättarnas Fest should rather be described as instrumental folk rock), and the music is still played around the world. The album was re-released on LP as late as 2016, on a small Greek record label. Hilarious!
Listen on Bandcamp Buy second-hand
CD (GRCD024): 5 tunes (50 minutes). Label: Garageland Records, ℗ 2000.
LP (ZZ005): New cover. Label: Musicbazz, ℗ 2016. 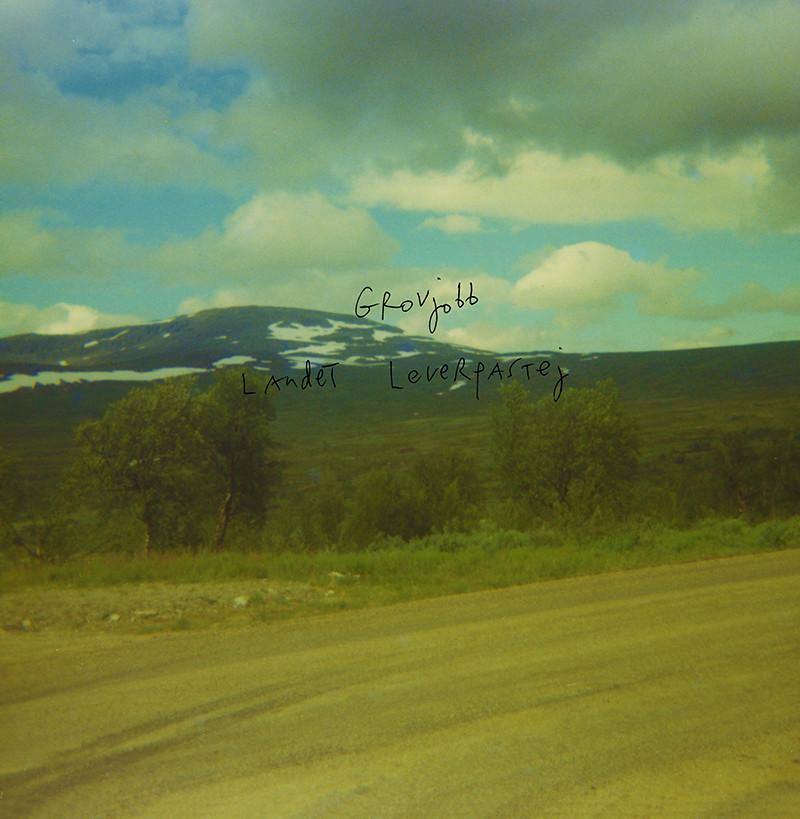 The debut album from 1998 has a nice jazz feel here and there, but is at the same time the most garage rocking of the three albums that Grovjobb released. Landet Leverpastej was re-released as LP in 2016. The CDs have long since sold out, but I think there are vinyl copies left (otherwise you can probably buy used ones somewhere).
Listen on Bandcamp Buy second-hand
CD (GRCD021): 9 tunes (48 minutes). Label: Garageland Records, ℗ 1998.
LP (ZZ004): New cover. Label: Musicbazz, ℗ 2016.

Most reviews have disappeared from the internet as the years have gone by. Never mind, though. Below are some really nice statements from listeners, and such utterances always outweigh the attempts of professional reviewers to write something "educated".

All you Can Eat

For me, the most important thing about music has always been to perform it, and I am mainly a live musician. The reason is that I consider music to be communication. With text I can make people think, because text speaks to the brain. But to communicate directly with human bodies, music is needed.

Below are some of the bands I have played with over the years. When I was most active, I had 30-40 concerts a year. To get these gigs, recordings were needed. It is a selection of this material you can hear below.

The band Tangle existed in several different constellations in the period 2008 to 2010:

The trio Carrilho Jensen Nyberg existed for three weeks in the autumn of 2009 while the Brazilian guitarist Frederick Carrilho visited me in Gothenburg:

Here are some solo recordings from the past, as well as an old song with the Danish band Patricia Painting in which I was a regular member during my wildest years from 1993 to 1996.

Below are some sheet music to download. The songs Senses and Running can be good training for flutists of all genres.

This work is protected by Swedish Law (1960:729) regarding copyrights of literary and artistic works.

Editing the document (including enlarging and/or reducing the extent of the document) is prohibited.

The document may be used freely for private use. The document may be printed as a whole in connection with education and/or when performing the work, provided that all rules regarding compensation for the use of copyrighted music are followed in accordance with applicable law. Other copying and/or distribution is strictly prohibited.